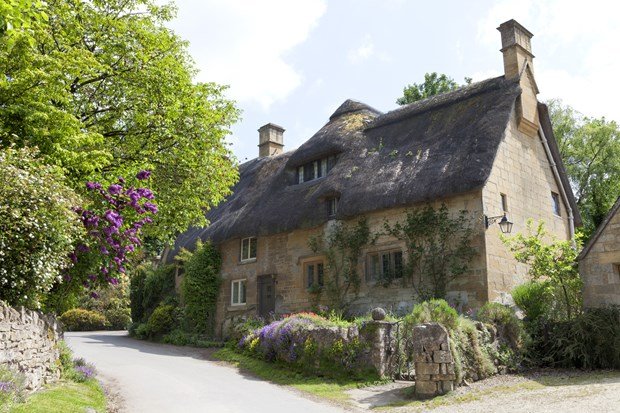 Is your home in a property hotspot?

If so, it could be worth more than you think...

How much is my home worth?

Our latest article discusses the most in-demand places to live in the UK right now.

UK house prices have nearly tripled over the last two decades, with the value of the average home soaring by £163,700*. There's been strong house price growth since 2013 which shows no sign of slowing down. How much has your current property risen in value? You can find out with a 60-second valuation.

Here's a list of up and coming areas as well as areas where house prices have risen the most...

Which areas of the UK are considered ‘up and coming’?

After years of the capital being at the forefront of the property boom, a longing for more affordable areas which still offer access and choice is now prominent throughout the UK. Being closer to nature - beaches and countryside for example - also seem to be high on people’s list of preferences.

According to recent research** the top 10 most up and coming property locations in the UK are;

At the top of the list of property, hotspots is Gower in southwest Wales. Renowned for its epic coastline and scenic landscape, Gower was the first part of Britain to be named as an Area of Outstanding Natural Beauty. In addition, the region has low crime rates, great local schools and has seen consistent growth in property prices this year.

The second and third-placed property hotspots are both in the northwest of England. Wigan is often cited as the ‘happiest town in the UK’ and offers great transport links to both Manchester and Liverpool. In recent years, Central Manchester has become a beacon for investment and is continuing to attract those aspiring to live in a large city that’s more affordable than London. Looking at the list, it’s undeniable how prominent Welsh and North Western locations are. The other major trend is the lack of locations from the South of England which barely featured in the top-ranking locations.

Where have house prices increased the most?

Here's where the South of England excells. Kensington and Chelsea in west London has been crowned the number one property hotspot for long-term house price growth according to Zoopla*. Homes in this pretty and popular London borough have soared by nearly £740,000 in the past 20 years. If you own a property here you can jump for joy. Your property sits in the top-performing area for house price growth of any region since 2001.

Which other areas of the UK are attracting homebuyers?

The property market in East Kent has been consistently active throughout 2021 with buyers rushing to purchase the small number of properties on sale there. Again, this has been driven by a seeming desire to move to either the countryside or the coast. Recent research by Rightmove suggests that a fifth of those that have registered for listings in East Kent are moving from London***, where house prices are becoming more and more unaffordable.

After months of growing interest in Devon and Cornwall, it appears that demand in this area has now begun to subside and Dorset is now the favoured hotspot in the South West. A large part of the attraction to Dorset is the area’s vast scenery including the World Heritage site of the Jurassic Coast and quaint-looking small towns such as Shaftesbury, which was famously used in the Hovis adverts of the 1970s and 80s. Dorset also has one of the best life expectancies in the UK. With all this going for it, it’s no surprise that the area has seen a 45% spike in searches across the quarter*.

Should I sell my property now?

The current moving frenzy means that there’s currently a lack of stock for sale. Having many buyers in the marketplace, and not many properties to choose from is pushing asking prices higher. Many homeowners have seen significant rises in the value of their property since their purchase. It may be time to see how much your property is now worth.

If it's priced higher than you thought, it could be time to sell?

How much is your home worth?

Get a 60-second valuation

Get a 60-second Instant valuation
Contact your local branch

We use cookies to make our site work and to continuously improve it. You can control these by clicking 'cookie preferences'.

These cookies allow us to count visits and traffic sources, so we can measure and improve the performance of our site. They help us know which pages are the most and least popular and see how visitors move around the site. All information these cookies collect is aggregated and therefore anonymous. If you do not allow these cookies, we will not know when you have visited our site.

These cookies are necessary for the website to function and cannot be switched off in our systems. They are usually only set in response to actions made by you which amount to a request for services, such as setting your privacy preferences, logging in or filling in forms. You can set your browser to block or alert you about these cookies, but some parts of the site will not then work. These cookies do not store any personally identifiable information.